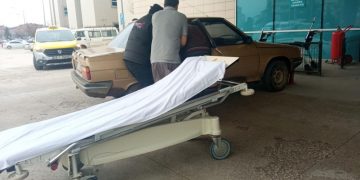 Bursamuhalif (‘Kesinbilgi16’ earlier name) was established in 2013 by three volunteer journalists as an alternative when some dominant media corporation manipulated the community with some particular untruths and while mainstream media ignores local syndicates, women-LGBTI unions, environmental organisations, academic unions, socialist parties and refugees. Until 2015, Bursamuhalif had a huge popularity and attention from the public as the only alternative for the independent journalism in the city. Our goal has been developing democracy, human rights and peace in the city and helping people realise the importance of those terms and get their attention on these subjects. According to this target we had followed the elections closely and help people all around the country know irregularity in the elections. In 2018, Bursamuhalif started publishing weekly and after 36 weeks had to stop for economical reasons. Bursamuhalif has started online broadcasting lately and has become the voice of the poor and minors. We currently broadcast some contents called Labor News (Emeğin Gündemi), Women-LBGT (Kadın-LGBT), Women and Environment (Kadın ve Çevre), Dissident News (Muhalif Haber) and we are still developing. Bursamuhalif has also been a safe home for unemployed journalists or others who still work for other media corporations but don’t feel independent. As Bursamuhalif is not funded by any capital group, we’re practising absolutely independent journalism. Our publication policy has always been based on democracy and human rights while other goverment friendly media corporation has a homophobic, misogynist and racist publication policy. Bursamuhalif is currently publishing and broadcasting and focusing on subjects from women, the environment to minors and LGBTİ+. Our mission is to let the society understand and get to know the people from the mentioned groups and get more attention on them and their issues. The whole point for us and the effort we make is a direct awareness-raising activity for the society itself.